I’ve been asked about literature that I’ve read because I often mentioned keep your books and you know Kito authors and people who are like me get trying to get the information out there. so I’ve put together a list of my 5 recommended books for anybody who’s starting out on keto.

I’ve learned the first one away to a friend of mine who was interested in the diet, that I was on so the first book is why we get fat by Gary Taubes, and this book was the lightbulb moment for me, it goes into very in very plain English it goes into the detail of why sugar makes us fat it breaks it down into simple easy-to-understand easy-to-follow examples, and he explains ow sugar affects the body.
Now Gary Taubes is a science journalist he’s not a doctor or nutritionist, but he is very good at translating medical jargon.

2-The Obesity Code by Jason Flom.

So that’s the first book, the second book is the obesity code by Jason Flom.
Now if you’re not new to keto you’re gonna know Jason Fung because his name is everywhere. So he turned the frolla gist which is kidney doctor, and he’s based in Toronto. I think in Canada and he saw diabetics in his clinic with very advanced kidney disease and he decided that he was going to try and get to them before they got to the point where they need to see a neurologist, because the kidney damage is so bad and when he looked into people with type 2 diabetes.
He realized that actually what’s making them sick is high insulin levels and the best way to bring insulin levels down is to not eat basically too fast he also understands and is very acknowledging of the fact that a low carbohydrate diet is the best side for humans however the difficulty, he had and he talks about in a podcast that he did with the two key two dudes. I believe it was that one or it was warmer cheering worm, he talks about the fact that his patients were with all the will in the world were really really trying this low carb diet, but the problem was that they weren’t really getting it so they were coming in Davison had a low carb diet and he’d look at the food diary and it had noodles and rice.
He decided that teaching them how to fast was the best way to do it, but in this book he explains much like Gary Taubes says exactly why is first of all that we get that and how to reverse it which is really important. So, that’s a very good book, and i really highly recommend.

3-Keto Clarity by Jimmy Moore away with dr.Eric Lessman dr.

The next book is keto clarity by Jimmy Moore away with dr.Eric Lessman.
Dr. Westman is an advocate of a concern and wrote it. I knew I concern knew. You know I did try Atkins and the reason I can still work for me was because after the first initial induction period of twenty grams of carbs a day, 20 grams of carbs a day it quietly increases the amount of carbs.
So keto clarity again is really really focused on getting the message across to people who have known medical knowledge, he does these bullet points concepts at the end of every chapter in what I can only describe as a kind of a summary of the previous chapter and it’s nice nicely easy to digest it.
It’s not text heavy and it’s as I said it’s layman’s terms, it really gives you good understanding about keto diet so the obesity code is really more about what makes us fat and keto clarity is about the Keto diet specifically.

so the next one is the big fat surprise, by Nina’s TEICHOLZ, So this book is all about fat and how fat should be in the healthy person’s diet, and Nina is a huge advocate of a low carbohydrate high fat diet, because we know that a high fat diet is very healthy only as part of a low carbohydrate diet so if you eat high fat high carb diet you’re going to get really ill and this is this is one of the problems with fast food. So if you look at a big market Big Mac is 800 calories like pink so you’ve got an 800 calorie meal, it’s a meal in itself but it’s high fast from the beef and the cheese and it’s high cards from the cheese and the bread and then you’ve got the fries on top of it source of coke. So if it’s a metabolic bomb from that point of view however if you eat a Big Mac with no fries and no bun you’ve got a high fat meal and those 800 calories was going to be less sorry because you’re not having the coke or the bun but the high calorie meal it’s going to have a massively different metabolic effect. Than if you combined it with carbs so this again is really good for anybody who’s still suffering from fat phobia get this book have a read with and put your fears and to rest.

5-The art and science of low carbohydrate living by M Stephen Finney and Jeff bollock.

So the last book that I have is the art and science of low carbohydrate living by M Stephen Finney and Jeff bollock. This is considered the key to Bible when you hear people talking about the key to your Bible they’re talking about this and I have a few bookmarks in there because the specific things that I want to look at this book is aimed at physicians and nutritionists and dietitians. So, it has a lot of medical jargon in it however I found that when there was something particularly medical in terminology if I went into the internet and I googled what they were saying in this book I was able to find out what the terms mean.
Now some of the some of it required a little bit more research some of the terminology was was really technical and I have to kind of just do a little bit of research into it but this book is definitely a keto Bible, and I understand why people say that it tells exactly. What happens when you eat sugar and how the removal of sugar from the diet in the form of started grains cereals refined sugars, how it benefits the body and the brain and life the universe and everything so there defies books, that I recommend when you start Keto diet or you’re interested in finding out more about why the keto diet is so wonderful for you, and why you’re losing weight on, if you want to understand the science, if you’re curious like me and you need to know eight of edge of everything then these are the books for you. 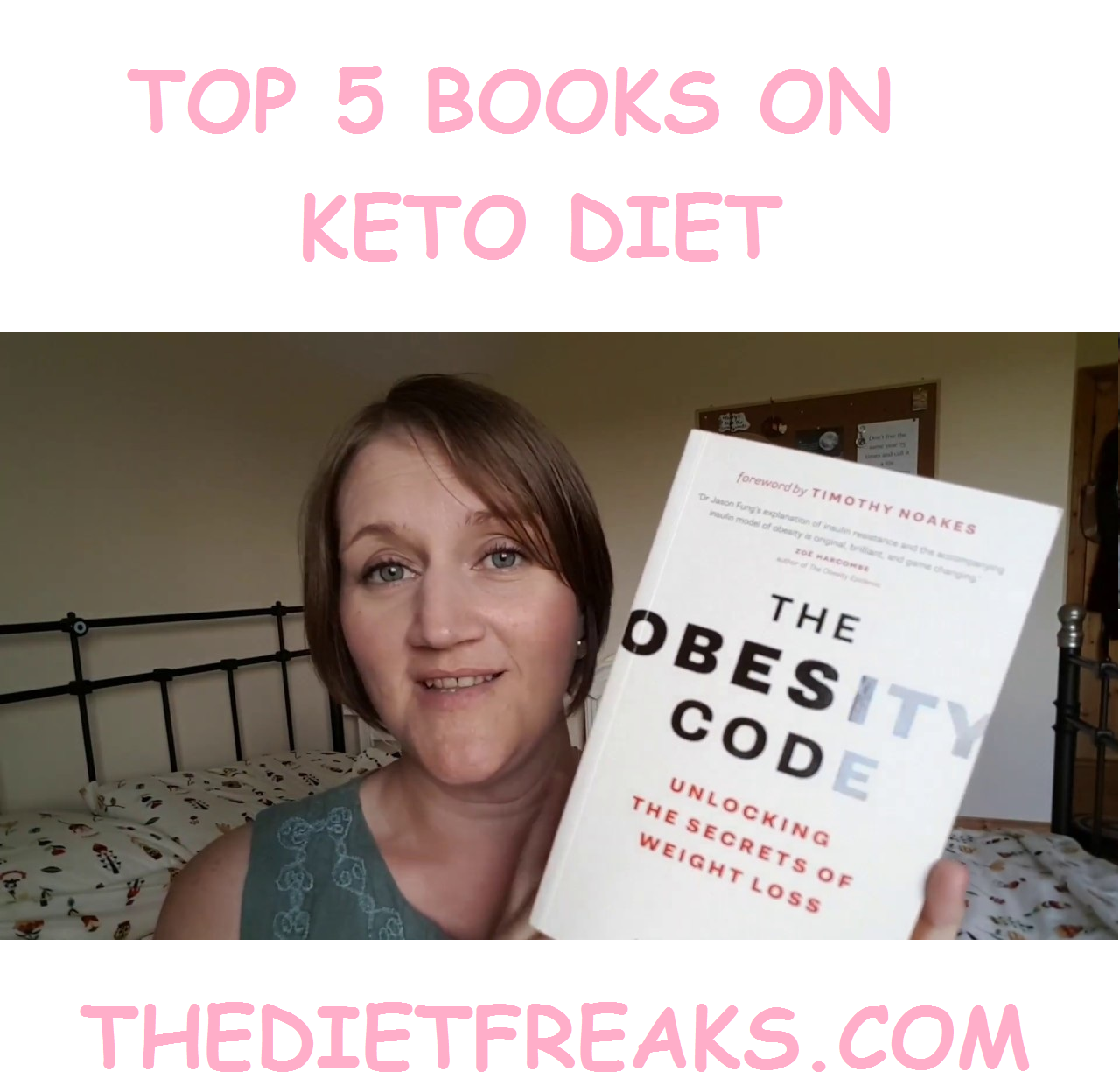 21 Of the Best Ideas for Christmas Cake and Cupcakes

Hello, I'm Christine from 100HealthyRecipes.com. Fulltime Mom. Home-cooked food that will bring together the people you love. Making food and making memories since 2008. Enjoy my blog :-)

This website uses cookies to improve your experience. We'll assume you're ok with this, but you can opt-out if you wish. Accept Read More